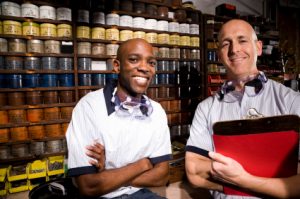 Under the HIRE Act, employers are required “get a statement from each eligible new hire certifying that he or she was unemployed during the 60 days before beginning work or, alternatively, worked fewer than a total of 40 hours for someone else during the 60-day period.” According to the IRS, work performed as self-employed individual does not count toward the forty hours or less that an employee must have worked in the sixty day period in order to be a qualified individual.

Employers should review employees who may have been disqualified under the mistaken belief that work performed as a self-employed individual counted toward the forty hours test.