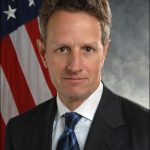 Second Straight Year with No Increase in Social Security Wage Base

Social Security Wage Base Projected to Increase Over 40% by 2019

When the Social Security Administration (SSA) makes the official announcement, most likely in October, Vision Payroll will provide updated amounts for 2011. Visit our Important Facts and Figures page for more details.