April 01, 2011
Question of the Week: What Is the Impact of Final ADAAA Regulations?
Filed under: News
Tags: ADA,ADA Amendments Act of 2008,ADAAA,Americans with Disabilities Act,EEOC,Equal Employment Opportunity Commission,Question of the Week
Vision Payroll 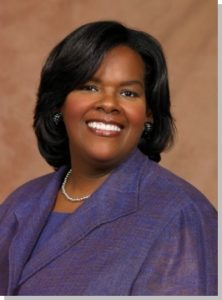 This week’s question comes from Frank, a company controller. I heard that the EEOC published its final regulations concerning the ADAAA. What is the impact of the final ADAAA regulations? Answer: The US Equal Employment Opportunity Commission (EEOC) issued final regulations on the ADA Amendments Act of 2008 (ADAAA), which were published in the Federal Register on March 25, 2011.

EEOC Regulations Implement the ADAAA by Changing Interpretations of Terms

The regulations keep the ADA’s definition of the term “disability” as a physical or mental impairment that substantially limits one or more major life activities; a record (or history) of such an impairment; or being regarded as having a disability. But the regulations implement the significant changes that Congress made regarding how those terms should be interpreted.

The regulations implement Congress’s intent to set forth predictable, consistent, and workable standards by adopting “rules of construction” to use when determining if an individual is substantially limited in performing a major life activity. These rules of construction are derived directly from the statute and legislative history and include the following:

EEOC Regulations Change Focus To How a Person Has Been Treated

The regulations clarify, however, that an individual must be covered under the first prong (“actual disability”) or second prong (“record of disability”) in order to qualify for a reasonable accommodation . The regulations clarify that it is generally not necessary to proceed under the first or second prong if an individual is not challenging an employer’s failure to provide a reasonable accommodation.

EEOC Regulations Differ from the NPRM