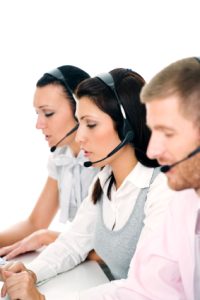 Los Angeles-based Farmers Insurance Inc. (Farmers) has agreed to pay $1,520,705 in overtime back wages to 3,459 employees following an investigation by the US Department of Labor’s Wage and Hour Division that disclosed significant and systemic violations of the federal Fair Labor Standards Act’s (FLSA) overtime and record-keeping provisions. Violations occurred at 11 customer service call centers located in Florida, Kansas, Michigan, Oklahoma, Oregon and Texas.

Pre-Shift and Post-Shift Work Must Be Compensated

“Failing to properly compensate employees for pre- or post-shift work is a violation of federal law,” said Secretary of Labor Hilda L. Solis. “The Labor Department is committed to ensuring that employers abide by the law so that workers are protected against exploitation, and law-abiding employers are not placed at a competitive disadvantage.”

Farmers Did Not Pay for Pre-Shift Work

Through interviews with employees and a review of the company’s timekeeping and payroll systems, investigators found that the company did not account for time employees spent performing pre-shift work activities. Employees routinely performed an average of thirty minutes of unrecorded and uncompensated work — such as turning on work stations, logging into the company phone system and initiating certain software applications necessary to begin their call center duties — per week.

Because employees’ pre-shift work times were excluded from official time and payroll records, they were not paid for all hours and are owed compensation at time and one-half their regular rates for hours that exceeded forty per week. Farmers Insurance has agreed to pay back wages, as well as to maintain future compliance with the FLSA by properly recording and compensating all hours worked by its employees.

Call Center Employees Across the Country Are Affected

FLSA Also Requires Overtime for Hours Worked in Excess of 40

The FLSA requires that covered employees be paid for pre-shift and post-shift job duties, and for attending required meetings. Employees must be paid time and one-half their regular rates, including commissions, bonuses and incentive pay, for hours worked beyond forty per week. Employers must pay at least the federal minimum wage of $7.25 for all hours worked, and maintain accurate time and payroll records.