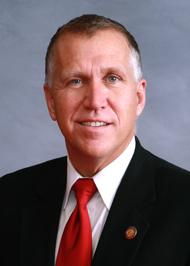 Governor Purdue Comments on Her Veto of SB 532

Governor Perdue issued the following statement in conjunction with her veto of SB 532:

In Executive Order No. 85, I called for the transfer of the Employment Security Commission to the Department of Commerce for administrative purposes as a way to streamline State government. The General Assembly agreed with this idea by placing a provision in its budget bill directing that such a transfer take place. However, SB 532 goes far beyond an administrative transfer and proceeds to radically change the way that unemployment benefits are administered in this State — doing so in a way that calls into question the fairness of the entire process. As a result of these drastic changes, we have been informed by the United States Department of Labor (DOL) that any finding of a lack of conformity between this bill and federal law will result in North Carolina’s loss of money for its unemployment insurance program and that this bill will also raise taxes on all employers statewide who pay federal unemployment taxes. I cannot allow a bill to become law that will endanger our receipt of these much-needed federal funds for our unemployed citizens. Nor am I willing to approve this increased tax on our State’s employers.

SB 532 originally passed the House with 104 votes, and I am pleased it was passed into law today. This bill streamlines the agency responsible for employment security in North Carolina, and brings more efficiency to the administration of unemployment benefits. It makes the system fairer for employers and unemployed citizens, while reforming portions of a system that has been plagued by fiscal mismanagement. This bill does not raise taxes; in fact, it is one of a series of steps necessary to eventually reduce the unemployment tax penalties paid by the employers. Finally, the ESC and the Governor still have the power to address any concerns by the DOL. This is a pro-business piece of legislation that provides much-needed clarity for businesses and their employees when facing the prospect of unemployment.

The significant provisions of SB 532 include the following:

Contact Vision Payroll if you have further questions of the impact of SB 532 on North Carolina unemployment law.