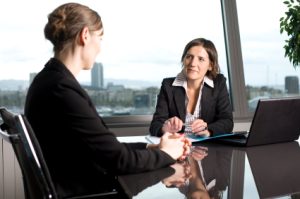 Total nonfarm payroll employment rose by 117,000 in July, and the unemployment rate was little changed at 9.1%, the US Bureau of Labor Statistics reported today. Job gains occurred in health care, retail trade, manufacturing, and mining. Government employment continued to trend down.

The number of persons unemployed for less than 5 weeks declined by 387,000 in July, mostly offsetting an increase in the prior month. The number of long-term unemployed (those jobless for 27 weeks and over), at 6.2 million, changed little over the month and accounted for 44.4% of the unemployed.

The civilian labor force participation rate edged down in July to 63.9%, and the employment population ratio was little changed at 58.1%.

The number of persons employed part time for economic reasons (sometimes referred to as involuntary part-time workers) was about unchanged in July at 8.4 million. These individuals were working part time because their hours had been cut back or because they were unable to find a full-time job.

In July, 2.8 million persons were marginally attached to the labor force, little changed from a year earlier. (These data are not seasonally adjusted.) These individuals were not in the labor force, wanted and were available for work, and had looked for a job sometime in the prior 12 months. They were not counted as unemployed because they had not searched for work in the 4 weeks preceding the survey.

Among the marginally attached, there were 1.1 million discouraged workers in July, about the same as a year earlier. (These data are not seasonally adjusted.) Discouraged workers are persons not currently looking for work because they believe no jobs are available for them. The remaining 1.7 million persons marginally attached to the labor force in July had not searched for work in the 4 weeks preceding the survey for reasons such as school attendance or family responsibilities.

Retail trade added 26,000 jobs in July. Employment in health and personal care stores rose by 9,000 over the month with small increases distributed among several other retail industries. Employment in retail trade has increased by 228,000 since a recent low in December 2009.

Manufacturing has added 289,000 jobs since its most recent trough in December 2009, and durable goods manufacturing added 327,000 jobs during this period.

Employment in professional and technical services continued to trend up in July (+18,000). This industry has added 246,000 jobs since a recent low in March 2010. Employment in temporary help services changed little over the month and has shown little movement on net so far this year.

Elsewhere in the private sector, employment in construction, transportation and warehousing, information, financial activities, and leisure and hospitality changed little over the month.

The average workweek for all employees on private nonfarm payrolls was unchanged over the month at 34.3 hours. The manufacturing workweek and factory overtime for all employees also were unchanged at 40.3 hours and 3.1 hours, respectively. In July, the average workweek for production and nonsupervisory employees on private nonfarm payrolls was 33.6 hours for the sixth consecutive month.