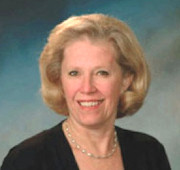 Iowa Workforce Development has announced that the 2012 unemployment rates will be based on Table 4; 2011 rates are based on Table 3. As a result, employers will see approximately $96 million in tax savings and the average rate will fall from 2.8% in 2011 to 2.4% in 2012.

According to Director Teresa Wahlert, “Most states across the country are experiencing significant increases in their tax rates in order to repay the federal government for loans. Due to successful management of our Unemployment Insurance Trust Fund, Iowa did not borrow from the federal government and is reducing the burden on employers.”

Wage Base Will Increase in 2012

In addition, the taxable wage base for 2012 has been announced. The wage base will increase to $25,300 for 2012, up from $24,700 for 2011. Consequently, some employers will see contributions to the fund increase even with the lower rates based on the higher wage base.