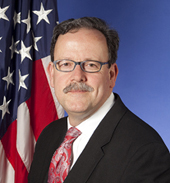 The New England unemployment rate was essentially unchanged at 7.8% in August, the US Bureau of Labor Statistics reported recently. Regional Commissioner Denis M. McSweeney noted that the over-the-year change in New England’s unemployment rate was not statistically significant. The national jobless rate was unchanged at 9.1%, but was 0.5 percentage point lower than a year earlier.

New England is one of nine geographic divisions nationwide. Among the nine divisions, the Pacific continued to report the highest unemployment rate, 11.2% in August. The West North Central again registered the lowest rate, 6.9%. Over the month, the East North Central was the only division to experience a statistically significant unemployment rate change (+0.2 percentage point). The East North Central also recorded the only significant rate change among divisions over the year (-0.6 percentage point).

In August, five of the six New England states posted jobless rates that were significantly different from that of the United States. New Hampshire (5.3%), Vermont (5.9%), Massachusetts (7.4%), and Maine (7.6%) recorded lower-than-average unemployment rates and were among 25 states in the country to do so. In fact, New Hampshire reported the fourth-lowest jobless rate nationwide. In contrast, Rhode Island (10.6%) had the highest jobless rate among the New England states and was among eight states and the District of Columbia with rates significantly higher than the national average. Connecticut was among the 17 remaining states that registered unemployment rates that were not appreciably different from that of the nation.

No New England State Had a Significant Rate Increase in August

In August, seven states and the District of Columbia posted statistically significant rate increases from July. The six New England states were among the 43 remaining states that registered jobless rates that were not measurably different from those of a month earlier, though some had changes that were at least as large numerically as the significant changes.

Most States Had Minimal Change over the Last Year

Over the year, five states recorded statistically significant unemployment decreases. The District of Columbia posted the only significant rate increase from a year earlier (+1.3 percentage points). The six New England states were among the 45 states that registered jobless rates not appreciably different from those of a year earlier.