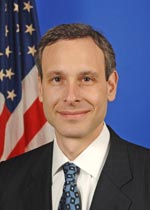 The Internal Revenue Service (IRS) has released the 2011 Form 944, Employer’s ANNUAL Federal Tax Return, and related instructions. Form 944 is designed so the smallest employers (those whose annual liability for social security, Medicare, and withheld federal income taxes is $1,000 or less) will only file once a year instead of every quarter.

The 2011 Form 944 has several new items. The new items include the following:

Social Security Wage Base for 2011

The option of receiving advance payroll payments of EIC expired on December 31, 2010. Individuals eligible for EIC in 2011 can still claim the credit when they file their federal income tax return.