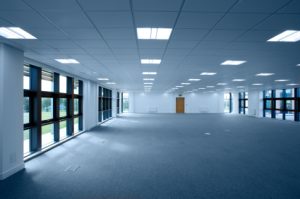 Nonfarm payroll employment continued to edge up in June (+80,000), and the unemployment rate was unchanged at 8.2%, the US Bureau of Labor Statistics reported today. Professional and business services added jobs, and employment in other major industries changed little over the month.

The number of unemployed persons (12.7 million) was essentially unchanged in June, and the unemployment rate held at 8.2%.

In June, the number of long-term unemployed (those jobless for 27 weeks and over) was essentially unchanged at 5.4 million. These individuals accounted for 41.9% of the unemployed.

Both the civilian labor force participation rate and the employment-population ratio were unchanged in June at 63.8 and 58.6%, respectively.

The number of persons employed part time for economic reasons (sometimes referred to as involuntary part-time workers) was essentially unchanged at 8.2 million. These individuals were working part time because their hours had been cut back or because they were unable to find a full-time job.

In June, 2.5 million persons were marginally attached to the labor force, down from 2.7 million a year earlier. (These data are not seasonally adjusted.) These individuals were not in the labor force, wanted and were available for work, and had looked for a job sometime in the prior 12 months. They were not counted as unemployed because they had not searched for work in the 4 weeks preceding the survey.

Among the marginally attached, there were 821,000 discouraged workers in June, a decline of 161,000 from a year earlier. (These data are not seasonally adjusted.) Discouraged workers are persons not currently looking for work because they believe no jobs are available for them. The remaining 1.7 million persons marginally attached to the labor force in June had not searched for work in the 4 weeks preceding the survey for reasons such as school attendance or family responsibilities.

Employment in manufacturing continued to edge up in June (+11,000). Growth in the second quarter averaged 10,000 per month, compared with an average of 41,000 per month during the first quarter. In June, employment increased in motor vehicles and parts (+7,000) and in fabricated metal products (+5,000).

Employment in other major industries, including mining and logging, construction, retail trade, transportation and warehousing, financial activities, leisure and hospitality, and government, showed little or no change.