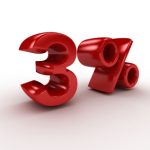 In IR-2010-120, the Internal Revenue Service (IRS) announced that interest rates for the first quarter of 2011 would decrease from the fourth quarter. The rates are as follows:

The IRS will publish the rates in Revenue Ruling 2010-31. Contact Vision Payroll if you have any questions on the first quarter rates.