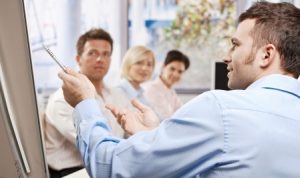 The US Department of Labor (DOL) recently announced a $2,261,417 National Emergency Grant to provide re-employment services to about 365 workers affected by layoffs at 12 companies throughout Massachusetts, including four employee staffing businesses that provided workers for the other companies.

Layoffs Scheduled to Continue Through 2012

The layoffs, which began in May 2008 and are scheduled to continue until March 2012, are occurring at Biogen Idec in Cambridge, Commercial Sheet Metal in Canton, Covidien in Mansfield, EDO Fiber Innovations/ITT Corp. in Walpole, Henkel Corp. in Billerica, International Power America in Marlborough, Reveal Imaging Technologies Inc. in Bedford and Unilever-Breyers Ice Cream in Framingham. The staffing agencies include Kelly Services in Quincy, Randstad in Boston, Aerostek in Braintree and Total Technical Services in Waltham.

“This funding from the federal government is a step toward helping Massachusetts workers, who face a challenging market, find new employment,” said Secretary of Labor Hilda L. Solis. “The grant will support efforts to prepare these individuals for good jobs in high-growth occupations.”

Funds Are Awarded to the Massachusetts Department of Workforce Development

Awarded to the Massachusetts Department of Workforce Development, the grant will provide training and supportive services for affected workers. Supplemental services will be available to workers who also have been deemed eligible for benefits in the form of Trade Adjustment Assistance. Those who are not eligible for TAA will receive the full array of employment-related services available under this grant.

Additional Funding May be Available at a Later Date

Of the $2,261,417 announced today, $998,078 will be released initially. Additional funding up to the amount approved will be made available as the commonwealth demonstrates a continued need for assistance.