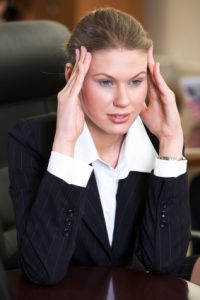 Due to late action by the Massachusetts legislature and the governor, unemployment rates will NOT be available by the legally mandated deadline of April 20, 2014.

At Vision Payroll, we will be submitting wage information by the filing deadline of April 30, 2014. Employer rates will not be available until May 19, 2014. Unemployment contributions must be paid by May 30, 2014.

Although the rate schedule used to determine the rates remains unchanged from 2013, most employers will have a different rate for 2014. That is because in addition to the rate tables, employer rates are determined by wages paid, unemployment benefits charged directly to your account, and the solvency assessment that the state charges employers to pay for benefits paid to the employees of other employers.

If your rate increases from 2013 to 2014, we will need to withdraw additional money beginning May 19, 2014 to pay the additional tax by the deadline. We will contact all employers with the additional amount due. Additionally, we will begin to collect with the new rate (higher or lower) with each payroll as soon as possible after rates are released. Further, with the last payroll of the second quarter, we will make the final adjustment for second quarter taxes.

Since we cannot finalize your first quarter quarterlies until the new unemployment rates are released, we are not going to post online or mail out quarterly packages for affected employers. If you need certain forms, e.g., for a workers comp audit, please contact our offices and we can make them available. Otherwise, we will be sending first quarter packages to affected employers in late May and early June.

Please contact Vision Payroll if you have any questions.