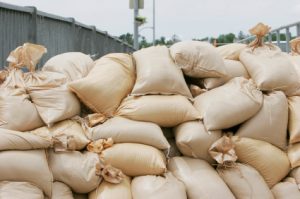 Due to the damage caused by the severe storms, flooding and tornadoes in Iowa on June 1, 2010, President Barack Obama declared the following counties a federal disaster area: Black Hawk, Cherokee, Clayton, Decatur, Delaware, Dubuque, Fayette, Franklin, Hamilton, Howard, Humboldt, Ida, Jackson, Jasper, Jones, Kossuth, Lee, Lucas, Lyon, Mahaska, Marion, O’Brien, Osceola, Polk, Ringgold, Sioux, Story, Taylor, Union, Warren, Webster and Wright. Therefore, the Internal Revenue Service (IRS) announced recently that it will waive failure to deposit penalties for employment and excise taxes due after May 31, 2010 and before June 17, 2010 as long as the deposits were made by June 16, 2010. In addition, affected taxpayers had until August 2, 2010 to file most tax returns. Contact Vision Payroll if you were affected by the severe storms, flooding and tornadoes and need further information on the relief provided by the IRS.