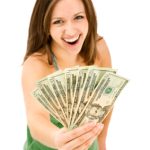 This week’s question comes from Matt, a company president. I know the tax bill has passed the Senate and House and that President Obama has signed it. How does the new tax bill affect payroll taxes in 2011? Answer: The Tax Relief, Unemployment Insurance Reauthorization, and Job Creation Act of 2010 (2010 Tax Act) should give many employees an increase in their take home pay starting with their first check in 2011.